What should I say back? 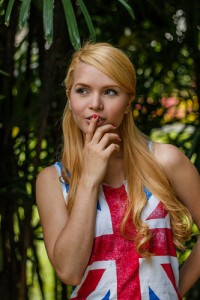 Probably one of the most common phrases ever muttered between girls in their twenties. This phrase may in fact, kill us. We’ve become a generation who hides behind the safety of our iPhone screens while frantically screen shooting and asking for advice from girlfriends on what to say back to ONE text. We go into tizzies about what role to play with a guy in question. “Should I be flirty?”, “Does he like sarcasm?”, “Wait, what did he even mean in that text?”

When we first meet a guy, and like them, we put so much damn pressure on every single text. Texting is so popular because its meant to simplify our lives, and yet we’ve made it super complicated. We act like an entire relationship could be ruined by just one text message fail, and you know what? We think this for a reason.

What is that reason, you ask? Well it’s happened to us before, all of us! Maybe that one text was an absurdly poor attempt at a joke, and the guy was forever turned off and offended, or we never heard back from a text and we are left bewildered as to why. However, more often than not, we get this “pressure” for each text to be perfect because of the following reasons:

We all love to text, especially early in a relationship, because it is safe, easy, and impersonal. For all of those reasons, it makes for a horrible form of communication and doesn’t really clue you in to who someone really is, nor does it give you the chance to really articulate who you are. So try and stop asking the “What should I respond back?” questions, just go with your gut, be yourself, and if it works out great, if not, we are pretty sure you have other text conversations with new guys in your future!