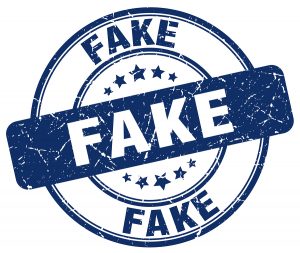 I’ve been with my boyfriend for around 8 months and have still never had a REAL orgasm during sex. And as if this isn’t bad enough, my partner has no idea, because I’ve gotten into the habit of faking it. I know, it’s terrible!

Now I’m tired of pretending and am ready for the real deal, but don’t know how to confess my sin. I want to be honest with him, because it’s not fair to him or to me, but I feel like it will break him if I tell him the truth. How do I approach this?

It seems that you’ve found yourself in a sticky situation (and not the good kind!) You’re right, settling for a relationship without orgasms isn’t fair to you. Sexual satisfaction is incredibly important in romantic relationships—it’s what sets them apart from straight-up friendships—and is the main source of physical intimacy and bonding. Plus, everyone deserves to experience the wonder that is a REAL orgasm during sex with their partner.

I understand that you’d like to avoid a potentially upsetting and definitely awkward conversation, but right now, you’re in a lose-lose situation. Although he’s missing the mark night after night, your poor partner thinks he’s hitting home runs so he has no reason to change up his technique. In his mind, everything’s working.

This is why I stand by my rule: NEVER FAKE ORGASMS. Not only are you cheating yourself, but you’re also robbing every woman your partner may be involved with after you of potential orgasms. You’re reinforcing bad behavior so he obviously assumes his jackhammers skills are on fire. Better to let him know that sometimes it’s not going happen (despite his best efforts) than let him think that he’s got the formula for yours and every other woman’s sexual fulfillment. But you’ve lulled him into a false sense of security and now, the truth is going to be that much harder to swallow.

Though this may not fully apply to you and your partner, Alexa, it’s still something to consider. You’re faced with the choice of submitting to an orgasm-less relationship, or coming clean—and it sounds like you’ve resolved to do the latter.

This doesn’t mean you need to confess that you faked every orgasm—that will just cause more harm than good. Sometimes little omissions are acceptable, especially when your partner’s feelings are involved. The kinder, more compassionate approach would be to let him know that, while you dig certain moves, there are other things he could do to make sex even more pleasurable for you.

Start the conversation in a neutral area outside the bedroom. Men respond best to charged conversations when they’re not facing their partner, so dive in while you’re on the couch or in the car—and preferably with some time on your hands. A well-timed sex talk is everything! You don’t want him to feel ambushed, or like you don’t have time to adequately express what’s going on. Have a clear idea of what you want to say and, most importantly, HOW you want to say it. Tone of voice can express a thousand unsaid words. Either way, keep your tone positive and remain sensitive to your partner’s feelings.

Rather than framing it as something he’s been doing wrong, introduce the idea that, while you really enjoy having sex with him, you’ve got some fun ideas for how it could be even better for both of you. Make sure that you reinforce that you enjoy the sex and remember that he’s not a mind reader, so you’re going to need to get specific. But this part can also be fun… Communication is lubrication, after all!

Before you can show him the way, however, you need to make sure that YOU know what really turns you on. I’m going to assume that you have orgasmed before, either with a partner or by yourself. This way you can show him where and how you’d to be touched so he can learn the moves you require to orgasm.

As for his pride? He’ll recover as soon as he watches you writhe in pleasure from incredible O’s. Good communication crucial for every healthy relationship, and if you face this honestly and work on it together, I’m certain there will be an abundance of orgasms in your future.

Let him know that it’s harder for you to reach orgasm through intercourse – like the majority of women!

Want more Sex With Emily? Check out my podcasts for free on iTunes. For some sexy products to enhance your sex life: Unlock the secret to your orgasmic potential with the one-of-a-kind Sybian ($75 off with code: EMILY75). Tighten and tone your pelvic floor for stronger orgasms with the Intensity by Pour Moi. Looking for new additions to your goodie drawer? Use code EMILY for 15% off at Good Vibrations where you can find all my favorite toys in my store.