Are You ‘The Invisible Woman’ Online? 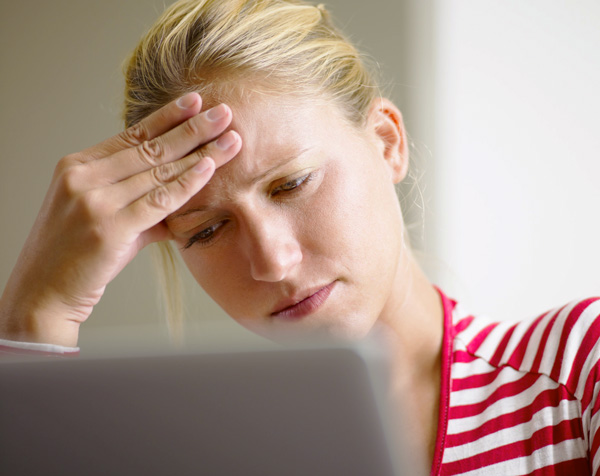 She was the big-breasted woman that used to fly around in the invisible plane?

Even when I was a kid, I used to say to myself, “How the hell does nobody see her?”

Is she also invisible?

I never understood. She was only visible because we had to watch it on TV and our imaginations were not that good. Anyway, seems like a lot of women have taken on the invisible profile when they’re online dating.

I get emails everyday from ‘invisible’ women around the world.  The invisible woman —

She’s always between the ages of 39 or 49, which means She’s in her mid-40s or 50s. Tons of women out there put their invisible profile up, because they don’t want anybody to know they’re online dating.

These women like to make the first contact with men. But here’s the deal. When a man sees an invisible profile, a woman describes herself as sexy and beautiful, all men think:

Fat lonely and has seven cats.

As a matter of fact, most women don’t even bother sending proper e-mails. I’ve received winks or smiley faces. What is she trying to say? Come over and f*ck me?

She won’t even take the time to send an e-mail. She thinks through the magic of the invisible profile she can transform her dating life.

An invisible profile tells me she’s either hiding something or she’s scared. Perhaps she’s been wounded. Has she been broken so many times that she doesn’t want to put herself out there at all?

Yet, she’s on this online dating site because her friends told her it works. They told her to trust in the science and it would do the work.

When you create a profile, you’re creating an advertisement. It may sound archaic, but it’s true. Think about when you swipe right. Isn’t it the picture that stops you?

Be honest, most of you don’t make it to the profile if the picture isn’t “your type”.

Which leads to another scary thing about the invisible profile…

It feels like you’re insecure. Men have wounded you, but more importantly, you just don’t believe that this is going to work. You might e-mail back and forth with a guy, but never meet up.

You never had any intention of meeting this guy. You’ve wasted his time and yours. Dating is about being transparent. If you want to fall in love and you want to meet somebody, you need to become transparent in everything you do.

I tell women all the time to put a profile up online with great pictures. Talk about what you like to do, your accomplishments.

You’re looking for the one, not just anyone.

Being single means you have an opportunity to meet someone you’ve never met before. You have endless opportunities to run into a compatible, sexy, partner.

It starts with you putting yourself out there. Once you’ve risked embarrassment and gotten past the awkward phase, you’ll realize this is one of the most powerful times in your life.

A time in your life to make yourself vulnerable and open to the right man, so the right man can see you. Know that when you’re on an online dating site, you want to generate traffic to your profile.

It’s important to generate traffic because you never know, the right guy could cruise on by…

Find you really cute, write you something amazing, and be the kind of man who follows through. A guy that gets your number, calls you back, and wants to talk to you. It’s scary, but you need to expose yourself.

You don’t need to be Wonder Woman, you just need to show the wonderful woman you already are.