Why it’s harder for millionaires to commit 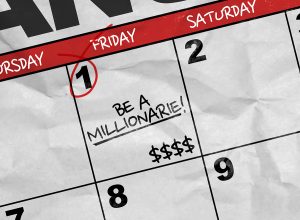 Getting millionaires into successful relationships is my business. And it’s hard work. I think it’s harder than traditional matchmaking because millionaires are so hesitant to commit. And of course I don’t mean every single millionaire is a commitment-phobe. But, for the most part, the millionaires that I meet are a bunch of people who are tough to pin down. Even the ones who come to me saying that they’re ready for love and want to find that one special person have trouble committing to monogamy when it comes down to it. And here’s why I think that is.

This is basically just a math equation. Millionaires have a lot of romantic options out there and many of them suffer from SOS, otherwise known as “shiny object syndrome.” They know what they have is good, but they’re worried something better might be coming around the corner. It’s true that many people suffer from this syndrome, but millionaires have it worse because their lives can be non-stop conveyor belts of shiny objects. The thing that I need to explain to my millionaires is that there’s always going to be shiny objects out there. When you’re ready for love, though, all you want is your shiny object. No matter what else comes down the conveyor belt, you’re not going to want it because it’s not special to you. Shiny isn’t going to matter as much as special, if you’re truly in love. Some are mature enough to grasp this concept, some aren’t.

A committed relationship is based around a commitment. Duh! And the thing with millionaires is that they’re often already committed to a serious relationship with their careers. They may not be able to prioritize the time and emotion a relationship demands because they’re so wrapped up in their work and obligations. Again, this can happen with anyone at any financial level, but when the monetary stakes are as high as they are in a millionaire’s world, it’s easy to see how they wouldn’t be able to make the time to commit. Obviously, I don’t think this is the right way to organize time or priorities. A business, no matter how successful, never loves you back, after all. But, it’s just true for many of the wealthy people I encounter.

Here’s a biggie… and a saddie. People use millionaires for their money and millionaires are trained to be on the look out for it. They know all too well that money can make people do ugly things. That makes them very suspicious of everyone’s intentions. And suspicion is a hard thing to build a committed relationship on. Without trust, what have you got? Nothing!