3 Signs You Still Hate Your Ex 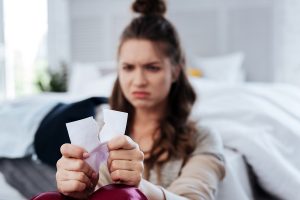 You know, I could’ve titled this “Three Signs You Still Love Your Ex.”

Because love and hate are each an emotion that is very close to the other, if you think about it.

I want to go over this today with all of you because there are a lot of you out there that have a lot of anger toward the ex in your life, and for some of you it’s affecting a lot of different levels of your life.

Number One: You’re still doing things to get even.

You may not realize that you’re doing things to get even with your ex, but you still are.

One of the ways of getting even with your ex: You share kids with them. You’re manipulating the kids in any way, shape, and form.You’re not allowing the other parent to see the kids. You want the kids all to yourself on an energetic level.
Those are usually signs you still hate your ex. Because if you think about this on a much deeper level, a child benefits from being with both parents equally.

Also the time they spend with the kids can be dependent on schedules and stuff. There are some men or some women out there that work a little more, so they can’t fully take on the same amount of time with a child.

But if you are on an energetic level trying to be with your child more because you feel like the ex doesn’t deserve the time with the child, it means that you’re still not healed from that marriage. You’re doing things on a level that are selfish, especially when there are kids involved. Because if there are children involved and you still hate your ex on some level, or you’re still pissed off at them for leaving the family, what they did. The only people that are going to hurt from this are the children.

See, when children get older, they’re going to be all fucked up because of the dynamic that you’re teaching them. We teach our kids so many different things. We teach our kids so many different things on subconscious and unconscious levels that we don’t even realize we’re doing it.
Then all of a sudden, the kids need somebody like me 20 years later, because of the anger that was displayed between mom and dad because, well, mom or dad were still pissed off that the relationship didn’t work, and on some level they still hated the ex. Which leads us to number two…

Number Two: You can’t love the next person.

If you’re with somebody else and you still have hate or anger towards your ex, guess what? Your new relationship can’t fully prosper or blossom.
Why?

It’s obvious, because whatever you’re still trying to do things to get back at your ex, it takes away from loving the next person.
If you’re fully loving the next person, you’re realizing that your ex actually did you a favor.
Your ex left you. I know it hurt. I know it was painful. I know it might’ve broke the family you might’ve had if you have a family with them, I know you love them. You were willing to work the relationship out.

But they weren’t. They didn’t love you. They didn’t want to be with you.
You need to hear the truth. They weren’t in love with you anymore. You were not the right fit for them, so they did you a favor by moving you forward in life so you can meet the next person who’s far better for you.

Which leads us to number three…

Number Three: You haven’t learned the lesson they taught you

Appreciate the ex for the lesson they taught you.

It’s time to look at the reality; they didn’t love you anymore.

Even if you’re single and you’re pissed off and annoyed, they still gave you the greatest gift: the gift of finding somebody that’s better for you than they were.

That took courage on their part, so stop hating and start forgiving and loving them for moving you forward in life.