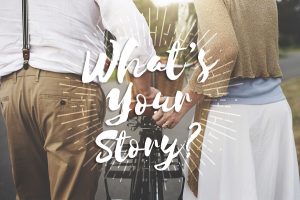 I went out the other night with a good friend of mine, a fellow coach.

So of course when you put two coaches together, there tends to be a conversation based on feelings, emotions, dating, relationships.

And we had a conversation about the history of people you date.

I’ve always been a believer that, no matter what someone’s history is, you can change the outcome of your next relationship.

We proceeded to go deeper into this, and I’ve got something to share it with you.

But first of all I want to share a little about my history.

I’ve been married a bunch of times.

They did not work out.

I’m 100% authentic and honest and I take full responsibility for my side of the street and why each relationship didn’t work out.

I’m also friends with just about everybody I’ve ever been out with.

I haven’t treated anyone poorly or unfairly.

And if I had to have a review of every person I’ve ever gone out with, most reviews would be very favorable.
Why?

Because I’ve treated people with ethics and honesty and authenticity.

Now, my history is that, obviously from a standpoint of being married a few times….

Or, it might appear to somebody who might want to judge that I don’t know how to make a marriage work.

I learn how I’ve participated in my history, so I don’t repeat my history.

But a lot of people still live their history.

I know a woman who plays the victim very well in every relationship she’s ever had.

They turned into this monster.

They turned into this evil person.

They turned into all of these things.

Now, when somebody tells you all those things, what they’re really saying is they haven’t learned from their history at all.
And more than that, they’re telling you that eventually, you, the new girlfriend, are going to become the future villain in their story.

Because they will always consistently find a way to be the victim in the story.

You have to watch out for victim mentality.

I take full responsibility for everything that I did in my relationships and that’s why I can sit down with all of my exes and still have a conversation and be friends.

You’ve got to look at their history. If they say “all women are this,” you’re going to become that thing.

I don’t have a hard time trusting people at all.

And I have a lousy dynamic with my ex, who I share my daughter with… but, I acknowledge that that dynamic is at least partly due to my actions.

But I don’t carry those actions forward.

I don’t believe all women are like her, because if I look at my life….

Just about every other person that I’ve ever been out with has been honest, authentic, and pretty damn amazing.

So there’s always one in the bunch that literally falls through the cracks.

And you know what? It’s my own fault for getting involved with her in the first place.

I will take full responsibility once again for everything.

You can get involved in a relationship with somebody who’s fully responsible for their history. The blamers, the finger pointers, and the victims run because they haven’t learned their lesson yet.

And you’re going to become the next villain.

I’ve seen it thousands of times. The more emotionally involved we are with somebody, we feel that we can change them.

But the key is, you have to listen carefully.

How do they take responsibility?

Somebody who takes no responsibility for their side of the street is somebody you don’t want to be involved with.

Somebody who tells you about the pain that they’ve been through and how they trusted somebody over and over again, and the person kept hurting them…They’re not taking responsibility for anything.

They’re being a victim and you need to see that.

So, ask somebody about their history.

If their history is glowing roses, and they tell you that they’ve had relationships, they’re broken up with people, they’ve been broken up with, they’ve learned their lessons, and they honor everybody…they’re an emotionally evolved human being.

For sure, there’s certain people that they don’t like in their life, but they’re okay with it. Because they created the dynamic, they created what was going on.

And that’s what we’ve all got to do. Take responsibility for your history.