No, you’re not shallow for thinking that physical attraction is just as important as emotional attraction 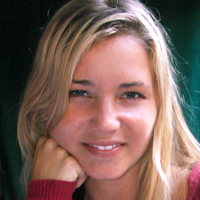 Expert therapist and author Dr. Stephen J. Betchen, D.S.W in his book titled, Magnetic Partners: What pulled you together maybe pulling you apart (2013) poses a question in a chapter of his book titled, the role of physical attraction in your relationship, asking if a partner who’s never been physically attracted to his/her mate grow this attraction with time?

Betchen claims that in nearly 35 years of practicing couple’s therapy he’s actually never seen a partner all the sudden ‘get it’ when they ‘never had it’ to begin with. What he had seen is few couples who ‘had some’ and ‘grew more’ but what Betchen emphasized is how even those couples who were attracted to non-physical aspects of their partners (like intelligence) couldn’t seem to evolve a physical attraction. Clearly couples must either have it from the beginning or they don’t have it at all.

A romantic relationship without an equal physical and emotional attraction, Betchen claims, is a ‘house-of-cards’ because no matter how much you want to be with someone for the emotional connection you have with them, if there is no initial and natural physical attraction in the relationship then the relationship must manufacture one, which doesn’t exactly work correctly since it was never there to begin with. This concept is very much like missing a key ingredient in a recipe and having to make up for it in other ways, the finished product never turns out the same.