What to do if your man doesn’t make healthy choices 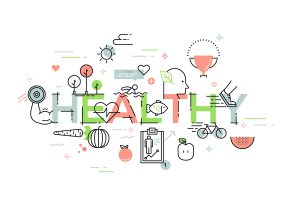 Confession: I wasn’t always the healthiest person. For a long time, I let myself get so consumed with my business that I wasn’t prioritizing myself. I didn’t work out as much as I should have and certainly didn’t eat healthfully. And it showed, both physically and emotionally. What I didn’t realize at the time was that it was impacting my romantic relationships in a major way. If I wasn’t good to myself, there was no way I could be good to someone else. Who would want to get involved in that scenario? Once I course corrected my healthy habits and started putting myself first (in the best way possible), I really started to understand how my unhealthy lifestyle was repelling potential romance. Here’s what to do if your man is like the old me…making unhealthy choices that are hurting your relationship.

Per usj, the first step in any relationship shift is a conversation. Find a quiet time when you’re both sober and not around anything unhealthy. I always think before bed is a good time to bring these issues up. Tell him about how you’re feeling about his health choices and exactly how they’re impacting you. Get really specific. This is going to be a particularly awkward conversation. So, you’re going to have to stick to your guns, but also be very compassionate. Expect some resistance and be prepared to need to reiterate your points several times. Be clear that this isn’t about not being attracted to him. It’s about wanting him to be as healthy as possible so he lives a long life and has energy to make a happy life with you.

Figure out small goals that the two of you can work on together. Make sure they’re attainable with just a little bit of work, especially at the very start. I like to quantify things as much as possible. For example, maybe you can ask him to commit to sleeping eight hours a night for seven nights in a row. Or what if you two went through an entire weekend without dessert or without drinking. Big changes happen with small steps. You can’t expect him to turn into a Jillian Michaels protégé overnight! If you two work together little by little, you can really impact his health.

I’m going to be straight with you. Healthy living isn’t always the easiest and it’s definitely not the most fun. He’s going to rely on you during those hard times and you need to be there for him. Think of workarounds you can do to help him. Maybe instead of going out to dinner with your friends, you offer to host a dinner party at home so your man can be in control of the calories he’s consuming. Or maybe it’s figuring out a different way to celebrate a birthday that’s just as fun as a big night of drinking, but not as indulgent. You need to be the one your man can turn to when he’s struggling. Try to make picking the healthy choice as easy as possible for him whenever you can. And that might mean some sacrifice on your part too.

Set up prizes for achieving the small goals you set out together. Maybe if he sticks to no carbs for a week, he can pick the movie you two see over the weekend. Or if he cuts back to two cigarettes a day, you’ll do a strip tease for him. Or if he does an extra twenty minutes of walking, you’ll give him a back massage. Think of fun ways to incentivize your man that don’t involve his unhealthy vices.

No one turns healthy overnight and expecting that out of him is setting both of you up for failure. Your cigarette smoking, heavy drinking, sun bathing, red meat eating couch potato of a man isn’t going to turn into a vegan distance runner as soon as you let him know you’re concerned about his health impacting your relationship. Let yourself be happy with small changes. As long as he’s on a path toward healthiness and takes your concerns seriously enough to change his behavior, it’s all good!

I hope this helps you deal with your unhealthy dude. I sure wish I had someone who could have snapped me into a healthy lifestyle a little bit earlier. It’s going to be tough, but you’ll be doing him and your relationship a real favor.