How to tell him his friend sucks 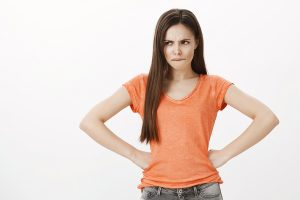 Being in a relationship with your boo means that you’re connected to his friend group. There are a lot of potential benefits there – new friends, great parties, exposure to interesting perspectives. There are also some potential negatives, like spending time with someone who sucks. If there’s someone in his friend group who truly sucks – and I mean truly sucks, not just someone you don’t like, but a bad dude – here’s exactly how to tell him.

A sucky friend normally warrants that opinion because he’s crappy to your dude. Instead of flat out saying, “Your friend sucks,” let your boo know that you don’t like the friend because of how he treats your man. Bring up specific examples of how his friend behaves that’s mistreating your dude. With long-term friendships, it can be hard for someone to step back and assess if what’s going on is actually healthy or not. Your outside perspective you be really enlightening.

Again, here’s a way to offer some outside perspective without being too aggressive or hostile. If this friend is rude or dismissive or otherwise icky to you, you probably have to let your man know. Even if it seems obvious to you, years of unhealthy friendship could be clouding his vision. You should have specific examples about how he’s mistreated you when you say this. And, fair warning here, this is a really hard sentence to say out loud. I’ve done it before and it’s tough. But, if it’s true, it’s worth the struggle to get it out.

“What do you love about this friendship?”

Instead of doing all the work, here’s a way to put some of it on your boyfriend. Ask him what’s so meaningful about this friendship that seems so crappy to you. It could bring up some important elements of the relationship you don’t see because you’re new to the game. It also could make him realize that there’s not much good going on by keeping this friend in his life. Starting your friend suck conversation this way leaves opportunities for both of you to learn something and maybe change your mind.

“I really love (another friend).”

This is pretty passive, but can work over the long haul. Focus on his friends that you do enjoy. Be proactive about making plans with them and developing those relationships. You don’t have to actively tank his friendship with the dud friend, but enhancing those other friendships could mean less time with the sucky guy at least. Plus, it will encourage your man to be more involved with his healthier friendships.

What’s important to remember is that a dude with a friend who sucks isn’t waving a red flag. Really great people can have really junky friends. So, don’t take it out on him too much when you do discuss it.