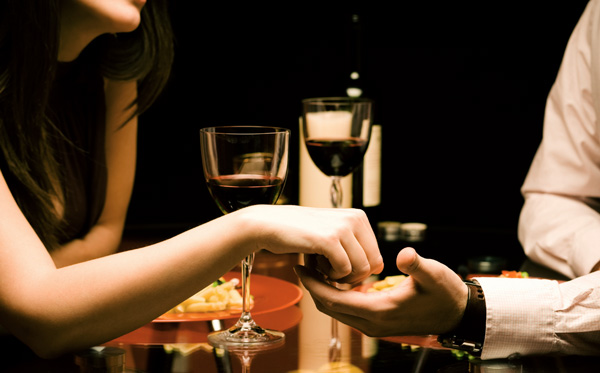 In all my years of coaching, I’m still amazing how many times women come to me with this major issue: Falling in love with a married man!

And the story always starts the same way. “There’s this amazing guy. We get on sooo well, and he makes me feel like no other man. I know he’s married and I shouldn’t get involved, but we’ve only gone out for dinner. It’s all very innocent really…”

That’s about the time the guy makes his play.

Right from the start he tells you what an amazing friend you are, and how great it is to have someone he can talk to properly. You love it, and you think to yourself, “See, talking. We’re doing nothing wrong…” But suddenly things start to develop. He starts acting differently around you. Before you know it, he’s making a move on you.

He pounces ever so slyly. He makes you feel special. He makes you feel unique. You’ll hear him say things like, “My wife never listens to me like you do.” Or, “She really doesn’t get me anymore. You don’t know how good it is spending time with someone like you who does.”

He’ll peer lovingly at you from behind his glass of Tempranillo, and he’ll gently brush a hair from your forehead. It’s like love kryptonite for most women.
Yes, at first glance he looks like the caring Husband and Father. He tells you he doesn’t mind that his marriage isn’t passionate anymore. He’s so evolved as a man, he doesn’t crave wild, dirty sex these days.

He talks about how it’s more important to have a great Mother for his kids, than a passionate sex goddess because, “that’s just what happens in marriages.”

So how do you protect yourself from a man like this from the beginning? The first sign is he’s very strong on the fact “I just want to be your friend. Nothing else OK?”

That’s like a kid looking at you and saying, “I didn’t do it!”

It always starts with an emotional affair. He’ll make you feel like you’re meeting for some sort of business arrangement like, “Let’s grab some dinner and talk business,” or “Do you want to get a drink after you finish work?”

He’ll make you feel good about yourself. He’ll sent flirty little texts to make you think about him. It will seem like you’re chatting to a female friend most the time. In reality, he’s grooming you for an affair.

Quite often these men will even tell their wife about you. He won’t hide you, in a bid to make both you and his wife feel comfortable with the whole “friendship.” I’ve met tons of these guys over the years. They talk a great game, but they’re not happy. They had some amazing ambitions, but never believed they could achieve them. Now they’re unfulfilled and unhappy.

Don’t fall for their compliments. They’re never going to end it with their wives. They want an affair. They want an escape. They don’t care whether it’s sexual, emotional, or a little of both. Watch out for these signs.

Ask yourself what it is about these men you’re attracted to.

Ask yourself what it is about these men you’re attracted to. Perhaps you’re feeling unfulfilled in your own life, and you’re attracting men who feel the same about their own life?

The people coming into your life on a daily basis are a great measure of what’s happening inside of you. If you find yourself getting hot and bothered over the friendly, sweet guy in the wedding ring, have a look within yourself and see WHY you’re attracted to him.

Then run. Run in the opposite direction and never look back. If a man isn’t available, walk away. It’s the best thing you can do for everyone concerned. Instead, find yourself a relationship ready, single, sexy, and desirable guy who’s desperate to date YOU!

Want to know where to find one and how to connect with him?

Then grab a copy of “Connect With Him” today!