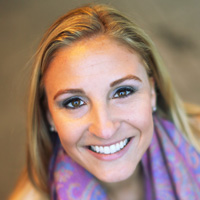 Leave it up to Gwyneth Paltrow to take to her website with the announcement of her split from husband of 11 years, Coldplay frontman Chris Martin, with this headline: “Conscious uncoupling.”

Call it what you will – splitsville, divorce – you can dress up the dissolution of a marriage however you want, but it’s an ugly thing no matter what fancy title you give it.

Gwyneth, who has unceremoniously earned the title of Most Hated Hollywood Celeb in a recent poll, had the chance to redeem herself and earn the sympathy of her fans with this announcement. No one wants to see people go through a divorce – especially children – and Gwyneth has 2. But instead, she came up with this silly headline, claimed she and Chris were “closer than ever” and made a further mockery of her brand and her name, further driving her image of icky perfection home – and driving fans away.

I don’t hate Gwyneth for not allowing her children to eat wheat or carbs – it is her decision and her decision alone to feed them anything her heart desires. I do feel bad for Moses and Apple that they will never experience funnel cake, and if I run into them in the Hamptons, I might sneak a cupcake or two their way.

I don’t hate Gwyneth for promoting a Melissa Odabash string bikini for children on her website, Goop.com, even though critics accused Gwyneth of sexualizing 4-year-olds. One of my favorite photos from my childhood is the one of my Dad holding me as a toddler on a New Jersey beach where I’m in a string bikini with nothing but apple shapes covering my lady parts. But nevermind the bikini – you should have seen my Snoopy shades! Rocked it.

But, I do hate Gwyneth for trying so hard to be so perfect that she also has to make her divorce seem perfect. Yes, she has the perfect diet, perfect children, perfect body, perfect everything – BUT divorce can not be perfect.

Please don’t make the same mistake as Gwyneth. If you’re breaking up, moving out, calling off an engagement, calling off a wedding even – follow these three simple rules.

You don’t have to go into every single detail of what went wrong to every person on your morning commute who will listen, but you should be clear, direct and honest to the people who you are close to.

2. Tell people in person – at least the ones you care about.

Save Facebook, Twitter and Instagram for posting cute photos of your  cat. Don’t use social media as a platform to announce a split, whine about how lonely you are, what a jerk your man is for cheating or whatever the reason for the break-up may be. Taking a few months off from posting anything (and stalking your ex’s page) doesn’t hurt either.

3. Be strong but know the road ahead is going to be tough at times.

Divorce is never easy – for anyone. Same goes for break-ups. Allow yourself time to feel weak, vulnerable, confused and helpless, and then lean on your support system and inner strength to pull you through.