Divorce: The #1 Thing You Need To Know 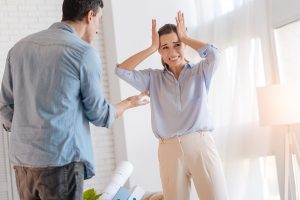 I’m going to share with you a story. A story that has nothing to do with divorce, but I think it will resonate with you when it comes down to getting a divorce.

First off, divorce is a necessary thing.

There’s no reason that two people who don’t love each other should stay together.

I’m sorry, but the vows of marriage, the “’til death do us part,” well, as good as it might sound, if you’re with somebody and you’d rather be dead than be with them ‘til death… shouldn’t bring you apart? It should not be the reason to stay together.

I believe marriage vows are sacred, but a lot of us are just learning as we’re doing, and that’s what happens. Sometimes we get married to somebody for reasons we really shouldn’t. And we get married to the wrong person, who we shouldn’t be married to.

But I can tell you one thing: there’s no reason to torture somebody non-stop and be with somebody you don’t want to be with.

I’m going to explain that in whole different story.

I was in business in San Diego.

I owned a car repair shop.

I owned a car lot.

And I did other deals with other people.

I met people who decided it was better to take money from me than make money with me.

It was a great and valuable business lesson. I have no regrets over it at all. I made the choice to trust people.
There was a man by the name of Gerard. He was a complete hustler.

We bought a couple of cars together. They were BMW 740Is.

We were going to fix them up and resell them. We bought them on my line of credit. He paid them off as promised. He sent a check to my bank and the bank sent the title back without the check clearing.

You’d think banks would know not to send anything to anybody until a check clears. Apparently Gerard stopped payment on the check.

So I was out $70,000. He wouldn’t even talk to me. Wouldn’t even acknowledge anything. He just hid, hid from me in every way, shape and form. Completely ripping me off in every way.

I went to a lawyer and the lawyer said to me, how much money you got left? And at that point I was about to go through complete financial disarray. I had $20,000 left and that was about it. I looked at him and I said, got $20,000 left to my name.

He looked at me and said something to me.
He said, “Do you believe in yourself as a business man?” I looked at him and I said absolutely. 100%. I 100% believe in myself.

He looked at me and he said, well, then you have two options. One, we can spend the $20,000, we can chase him and we could take all that negative energy and continue moving it forward day in and day out.

We can literally keep fighting over the money… or you can go and well, rebuild your life.

I looked at him, I shook his hand and I said thank you for that wonderful advice. I’m choosing rebuilding.

From that moment forward, no matter what struggles I had, I kept working. I started ventures and then ventures would stop. These people I chose, people I worked with weren’t working out. So finally chose this venture that I’m in now and it’s been going for 17 years.

I chose to move forward.

So, for those of you going through a divorce…

You need to move forward.

You need to stop fighting and chasing the past. The negative energy from the past is over.
I know people who split up five or six years ago and they’re still arguing back and forth, even though everything was documented and well taken care of.
And all that does is keep them feeling ugly emotions, chasing a past that no longer exists. If you’re one of those people who are constantly trying to get back at your ex, manipulating the kids, still trying to get money out of somebody who’s already given you money, you’re living in the past.

You’re probably one of those people who don’t really think you have much of a future, so you’re holding onto whatever you can get from somebody else.

It’s a disgusting behavior because I know I could’ve done it myself.

I could’ve chased him down nonstop.

I could’ve literally spent all my time trying to get my money back. But I made a deal, had an agreement. He backed out on it. And I decided to move forward. And because I moved forward, I’m able to do what I do now in my life.

And guess what the judge did every single time? Awarded both of them half custody. Yet they continued to fight. And the only loser in that was the child, the poor child born from these two parents. The child is the only one that lost out on all this.

For people like that, if you’re one of them, I strongly suggest therapy, coaching, and a strong dose of reality. The only one it’s ever going to hurt is the child, who eventually will find out about what one parent did to another, because I’m a kid of divorce, and I found it out and figured it out, too.

I knew exactly what my dad did to my mom and what my mom did to my dad. I was old when I got divorced.

But my brother, who was young, still found out Mom did to Dad and what Dad did to Mom. The truth will always come out. So put your ill will behind and do what I did with Gerard: move forward.