The Resurrection of a Vampire 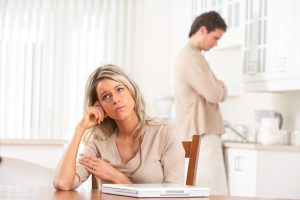 How many of you have been through a divorce?

How many of you have been through a divorce that took years?

How many of you were separated for years before your divorce, and then you had to go through everything all over again?

I’ve called this process the resurrection of a vampire.

It’s amazing how many people would rather resurrect the vampires of the past than move forward in the present.

I’ve been divorced. I’m actually going through another one.

My first divorces were very clean.

A mutual respect between two people.

Nobody really wanting anything from anybody except that we had an experience. We learned from each other, we loved one another at one point, and we grew from that experience.

It’s amazing when you’re with somebody who can’t let the past go. Somebody who has zero appreciation for what you’ve done for them and would rather resurrect all the ugliness and put a child in harm’s way.

It blows me away, actually. I find it one of the most repulsive behaviors that are out there.

But… there’s absolutely no reason for it to be that way.

Because at one point, it wasn’t ugly.

Before the vampire was resurrected, we were working together for our child’s best interest.

Now, I’m not going to trash her at all. When I privately coach people, I gladly share all this material, because I don’t want to see anyone get burned by a vampire that wants to resurrect the past.

But, like I said, divorce is ugly. It doesn’t have to be, but it can certainly get ugly. Unfortunately, this is what divorce is.

See, when couples split up, they do so with dignity, but the minute there’s a child in there, there’s just all sense of weirdness that goes on.

It doesn’t have to be like this. But when you’re dealing with emotionally immature individuals that would rather mortgage their child’s future and fight for an extra penny so they don’t have to work, that’s when it gets ugly.

Eventually I found out he couldn’t give a sh*t about me. And I went back to being my mom’s best friend. I hurt my mom in the process, but I found out.

In divorce, the kids get burned the worst.

So what I want to tell you right now is this.

For those of you with small children who are going through ugly divorces, literally, energetically sucking the life out of somebody, your kids are going to find out that you were an asshole.

Your kids are going to find out the truth one day. It always happens, it always works out that way.

That’s what happened with me. I found out the truth.

And one day, if my daughter ever asks me, it will be my pleasure to hand the truth to her so she can read all about the amazing lessons she taught me without even realizing it.

See, I have nothing to hide.

I’ve always kept my private life private, but at the same time I’m in the public eye and I’ve stayed real and authentic. Each time I really got more into my private life, but I still have nothing to hide because I live my truth.

I’ve got nothing to run from because I’ve lived my truth.

What I don’t believe in are people who go back against their word.

I’ve got nothing to protect. It’s funny, you always say, you’ve got to protect your mother of your daughter or the father of your kid.

Why? If they are an asshole and they are not a good person, why would you protect them?

And you hope that your children don’t become a future vampire.

Because that’s what happens so often.

When you resurrect the vampire, you might make it through the other side.