What to do if my boyfriend is being distant 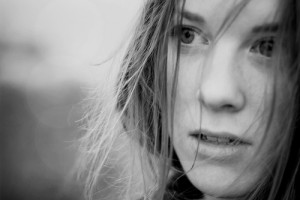 Alright, girl. Let’s dig into this. Your boyfriend is acting distant and it’s bugging you. That’s totally fair. That’s weird behavior and any woman would be buggin’ in a major way. You came to the right place for help. Let’s dig into what could be happening and what you should do to deal with this sudden distantness.

First, give it some thought. What could be going on with your man that might bring on behavior like this? Is he stressed in other parts of his life? Has anything major changed between you two? Is this something he does regularly? Before you talk to him, get your thoughts in order. Talking to him about his reaction to something internal to the relationship versus external to the relationship can be two different conversations. So, you probably want to prepare for both. That being said, no one is a mind reader. And you can’t know exactly what he’s thinking or how this conversation will go. Being prepared with your talking points will make things go more smoothly, though.

Now it’s time to talk to him. Like I always say when it comes to serious relationship chats, I think you should schedule time with him where you know he won’t be distracted. Also, keep your focus on being calm and only discussing one issue at time. That makes talks like these easier. The points you need to get across to him are what specifically he’s doing to seem distant, how it makes you feel and what you want to change. Once you’ve said your piece it’s up to the two of you to figure out how to resolve what’s going on. Be open to hearing what he’s saying and check in with yourself to be sure you feel like you’re being heard.

Once you’ve had your conversation, give some thought to what you two discussed and how it felt. Was he apologetic that you were feeling icky about your relationship? Did he seem to want to change things to make it better? Or, was he defensive and closed off? Did he switch the conversation around and turn it on you? If your man was open during the conversation and since the talk has taken actions to change his behavior and bridge the distance gap, congratulations! You’ve landed a winner of a man. That’s not to say that this distance problem won’t rear its ugly head again, but you’ll know how to deal with it and that you can overcome it in the future. If, on the other hand, your guy doesn’t seem to be changing or concerned with your feelings about his behavior, it sounds like it’s time to think about moving on to someone who will let you in and value your thoughts and emotions a bit more.

Anyone else out there have tips on how to get over that distance hurdle? I’m all ears!