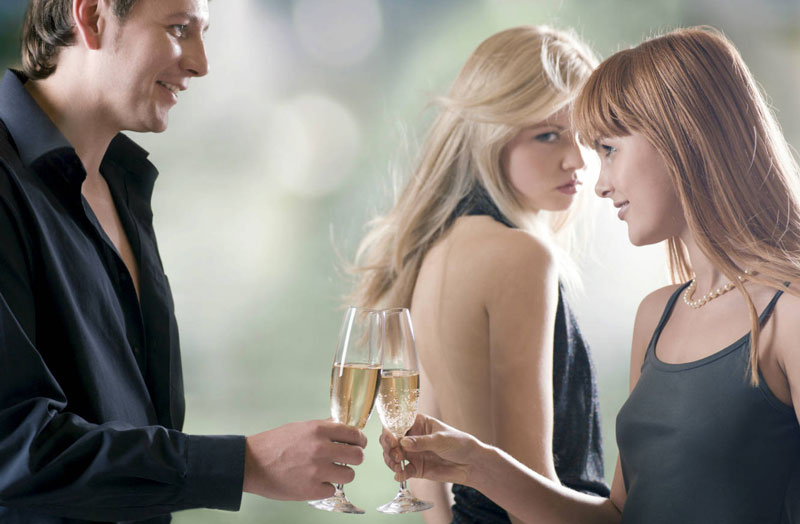 Our men don’t have to come everywhere

When I’m in a relationship, sometimes I feel like my single friends don’t invite me out with them because I’ll bring my man and ruin girls’ night. I totally wouldn’t bring a guy to girls’ night. And trust me, he doesn’t want to be there as much as you don’t want him there. Plus, I love doing stuff without my man. Sure, he enriches every element of my life. But, alone time and friend time are also things I value. So, don’t be afraid that relationship girls are going to bring our boos everywhere. We know how to have fun without men too.

But we do want you to include him

Even though our men don’t have to come to every, single event, we do want them around sometimes. These men are our significant others because we want them to be a significant part of our lives. We do need and want to spend time with our boos. So, if it’s not a girls’ night or an exclusive event, why not include our men? We promise they don’t have koodies.

We still want to go out and party

I swear, the second one of my girlfriends starts dating a man, the single girls in my group just assume that she doesn’t want to rage anymore. She’s in a relationship, not in a convent, for crying out loud! Girls in relationships still want to let their hair down, get gussied up and dance with strangers to cheesy music. So, pretty please include us, ok?

But we need to plan a bit more

As much as we want to party down with our single friends, we do need a bit more notice than we did in our single days. When I was single, I would get a call from a girlfriend as I was wrapping up my work for the day, meet her for a quick drink and six hours later, we’d be stumbling home after a completely random and beyond wild night. Now that I’m in a relationship, that happens less. I have plans with my man for special date nights and tickets for events. That doesn’t mean relationship girls don’t want to go out with you. It just means we can’t do as much last minute stuff any more. But, if you make plans with us, we’ll totally have those wild nights. Bonus: If we plan for the nights, we’ll both wear shoes that won’t kill us after just a few minutes of dancing!

I’ve heard single girls complain about their relationship friends setting them up with their boyfriends’ friends and getting upset about it. First, I think a set up is always a flattering thing. So, never be offended by it. Second, we’re not just setting you up because we think your single lifestyle is sad and pathetic. It’s because we think you’re awesome and our boyfriend thinks his friend is awesome. So, why not put two awesome people together and see if there are any sparks?

We want you to love our men

It’s important to relationship women that their single friends like our men. We want you to be friends with him and not just always think of him as an annoying plus one. That’s why we’re bringing him around so often. It’s so you get to know and love him more, not because we’re some clingy wet noodles who can’t go anywhere without a guy. So, please, give him a chance, ok?

Relationship women, what did I miss that your single friends are always getting wrong about you? Let me know in the comments.