The Worst Dating Question You Can Ever Ask A Man 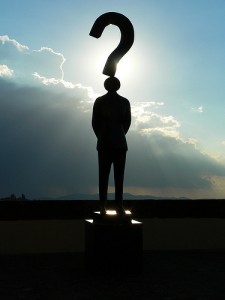 The question is… (and variations of it are…)

“Why are you single? How come you’ve never been married?”

There are a number of other variations, but here’s the thing: Why has someone never been married? Because they didn’t want to be, because they don’t believe in marriage, because they haven’t met the right person, what the hell does it matter?

Yet, so many women try to pre-qualify and figure out a man, based on his answer to that question. It happens because deep down, it’s a question you’ve been hearing so long yourself. You’ve heard it from your friends a million times. When you go to family reunions you hear it from your crazy Uncle Bob. “Why can’t you find a good man to marry?”

It’s a question that comes from your own issues, and it’s a shocking question to ask a man you’ve just met. When you’re first getting to know someone, you need to get to know them based on who they are, not why they’re still single. It’s as if because he’s single you’re looking for some fault, some huge character flaw. People don’t get married for a ton of reasons. Maybe they want to but they just haven’t found the right person yet.

When you first meet someone, the last thing you want is to be interrogated by them. It’s such a turn off for a man. When a woman asks me that question, it instantly turns me off. I just feel like, “It’s none of your business!”

You have no idea who he is as a man yet, so why would you judge him based on the fact he’s single. It’s crazy. I’m single for a reason. I’m single because right now, because I want to be single.

I’m single because I really want to meet somebody amazing and spectacular.

It doesn’t matter what the answer is. What matters is that you have to stop asking that question. You don’t need to be Sherlock Holmes right from the get-go and try to put together the entire picture of why this man is single. He is single. He’s meeting you and that’s all you should worry about at the moment.

If you end up liking each other, get involved sexually and are talking about getting serious, then you can have that conversation. When you want to figure out where the relationship is going… or not.

But when you first meet him, don’t judge him yet. Get to know him. Then you’ll find out about his history. His history will come out in time. You’ll learn more about him as you get to know each other. There’s no rush to find out why he’s single. It doesn’t matter, and in any event, the fact he’s single means he has the potential to be YOUR Mr. Right!