How do I get my boyfriend back? 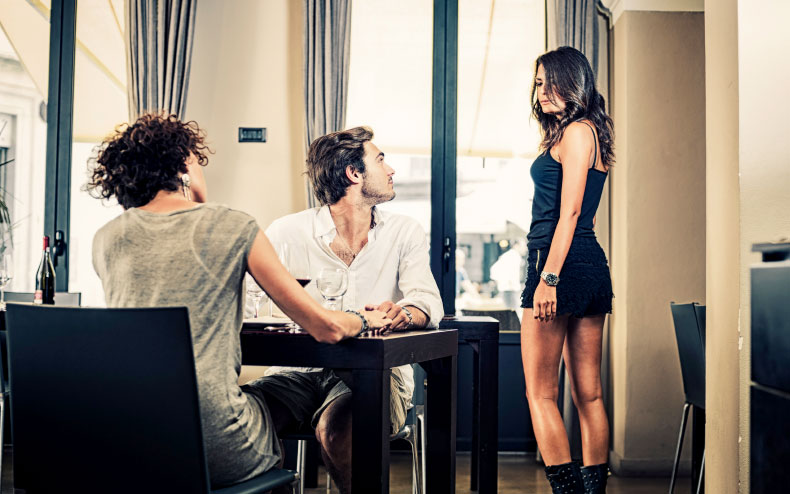 Oh, honey. I’m so sorry. If you clicked into this, you’re hoping to turn an ex-boyfriend into a current boyfriend. I’m going to be honest with you because, well, because I don’t know any other way to be. It probably ain’t going to happen. Break ups happen because they’re supposed to happen. Think about the words “break up.” It’s called that because your relationship is broken…in a Humpty Dumpty kind of way. Meaning, it’s never going to be put back together again. But, if you think you’re one of the few couples that can break up and then get back together and live happily ever after, here’s how you should go about it. It’s going to be hard, ugly and ultimately might not even be worth it, though. So, don’t say I didn’t warn you, k?

How much time has it been since the break up? My advice is to wait at least half the time of the length of the relationship before you even think about getting back into it. For example, if you were dating the dude for two years and then broke up, don’t even try to get back into that relationship until you’re at least a year out of the break up. I know that seems like a long time. But, you need that time to simmer down, heal and make sure you’re not trying to win him back because you’re used to him or are more comfortable in a relationship. If you’re going to do this, it should be because you want to be back in that same exact relationship you just ended.

I know this sound counterintuitive. If you’re trying to get back together with him, why am I telling you to get over him? I want you to fully get over the relationship, get to know yourself as a single person, assess what you need out of a partner and then, and only then, decide to get back into the same relationship. Once your emotional wounds heal, you’ll be much better at making decisions that are sound and smart.

No, really, get over him

I’m not kidding here. I don’t mean that you don’t call him for two weeks while you silently stalk him over social media. I want you to be able to go a whole day without even thinking about him. Can you do it? If not, give it more time before you try to win him back.

Think about your relationship

Why did you break up with this man? Or why did he break up with you? Has anything actually changed? Have you become a more emotionally giving person? Has he become more loving? Are you more fiscally responsible? Is he less distracted by work? Whatever your issues were, they’re still going to be there…unless something major has changed. And that saying about old dogs not being able to learn new tricks is 100% true. Expecting your man or you to change in a major way isn’t reasonable. Can you live with whatever made you break up in the first place?

Have an adult conversation

Contrary to what romantic comedies teach us, spying on your man from a tree outside his window and then falling onto him while he’s signing for a UPS package hasn’t gotten any woman back into any relationship. You need to call him, set up a time for a conversation and then explain to him why you want to get back together and why you think it will work this time. I know it sounds awkward and formal, but trust me, this is the only way that your second time around even has a chance of success.

Know that no means no

You need to face the facts here, lady. The chances of your ex wanting to get back together aren’t huge. Do everything you can to make this work, but if he says no during your conversation, you have to back away. After all, it takes two to make a relationship work. He has to want it too. And if he doesn’t, just know that somewhere in your future there’s a different man who will be excited to date you and will never break up with you. He’s out there, girl. You just need to get over your ex and find him.

Anyone out there with tips on how to win an ex back and make it last? Share it in the comments!