12 Signs That a Man Likes You for Sure 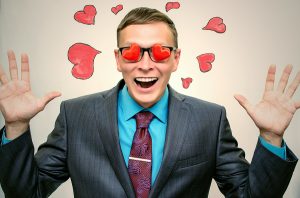 I love women, I really do. You just want to know if a man is into you.

My mother was big with that. She always taught me that there would be signs if I met my soulmate, signs that she was the one for me. Signs that I would be meeting my next girlfriend.

I love signs. Unfortunately, sometimes I didn’t look at the big stop sign that was available to me by listening to exactly what I should have been listening to.

But let’s not talk about that right now. Instead let’s talk about 12 signs that a man you know a man is into you for sure.

#2: He listens
He listens to everything you say. He hangs onto your words. He’s curious about you and asks questions about you. He wants to know what you were like as a kid, and he wants to see pictures of your childhood. He’s exploring you because you’re the girl for him. He asks you questions and is actually interested in your answers.

#3: Details, details, details
Not only does he listen, but now he remembers the details. He does a full recap. He’ll bring up a conversation that you had yesterday because he wants more details. He wants to know more about you and he wants to really understand what you’re all about. So, he listens to details and remembers stories and actually quotes them back at you. That’s the sign of a man who’s interested in you.

#4: When he sees you, he lights up
He smiles a lot whenever you’re around. He laughs on the phone. He comments about how great it is to be around you. He’s just plain old happy to see you.

#5: He follows you on social media
Granted, this is case by case, and it’s NOT me at all. But for a lot of guys, when he likes all your stuff, he likes your Instagram pictures, he likes you. He makes a comment underneath to be playful. He’s a follower of you, but he wants to be the man next to you.

#6: You’re amazing to him
That’s right: he actually says things like “you’re amazing,” “you’re beautiful,” and “you’re sexy.” He’ll literally tell you, “I’ve never met anyone like you before.” He’s complimenting you every single day because he’s enamored by you and he feels so wonderful being in your presence.

#7: His eyes light up when he stares at you
When he looks at you, he’s taking in your beauty. He tells you you’re beautiful, but what’s more important is that he’s just looking at you because he’s captivated by the beauty that you are.

#9: His hugs last forever
Plain and simple, he doesn’t really want to let you go. He loves the time with you. He tells you that time with you literally flies by, that five minutes feels like one second. 10 hours feels like a minute.

#10: He confesses to you
He’s confessing everything to you because he feels safe showing his vulnerable side and speaking to you on all those levels. He’ll open up, but more importantly, he’ll tell you about the things he’s done because he wants you to be impressed by him.

#11: He makes you a priority
He’ll even become your errand boy. He shows up with things for you, fixes things around your house, and cleans your car for you. He makes your life easier by showing up because he wants to tell you that he likes you.

#12: He tells you he likes you!
It’s obvious. When a man is enamored of a woman, he will literally say so. It’s a beautiful thing, and all you need to do to see this is listen. Because when a man is interested in a woman, that’s what happens.