The True Definition Of Ghosting 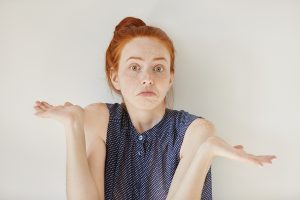 A lot of people use the term “ghosting” when it comes down to dating.

For those of you who don’t know what ghosting is or what people consider ghosting to be, let me give you the modern explanation of ghosting.

Ghosting happens when you meet somebody, usually on a dating app or a website.

You go out with them or you have a bunch of text conversations, and then all of a sudden…

But the real power of ghosting is…

…being able to turn your back on all the people who no longer are worthy of being in your life.

I want you to think for a minute of all the people in your life who are not worthy of being in your life.

Whether it’s an ex…

Whether it’s an old friend…

Whether it’s somebody you just kind of tolerate because you feel like you have to because your mother made you play with them in third and fourth and fifth grade. And since then, your mom has made sure that you remain friends with that person.

To me, the true power of ghosting is this:

You ghost the people in your life who have f*cked you over.

Who have not supported you.

Who have tried to pull things on you.

Those are the people you ghost.

Those are the people who are dead to you.

I’m going to tell you a story and take you on a trip down memory lane.

My grandma Frankie – her full name was Franklin Winthrop – was not a pretty woman. As a matter of fact, she kind of looked like a man. She had great legs, but she could belch with the best of them.

Grandma Frankie was the king and queen of ghosting.

When my mom and dad got divorced, my grandmother pleaded and begged for my mother not to leave her son.

Just don’t break up the family.

My mother decided to do all that she needed to do, which was breaking up the family and go on her own.

My grandma used to speak about life before divorce as BD.

And then AD was after divorce.

She told my mother very clearly, when my mother would not accept her proposal, “You’re going to be out of the will.”

And I’m going to send you back to Queens.

Now my mother grew up in Queens in a working class neighborhood in the 50s. Full of usually Polish and Austrian and German immigrants, a lot of them Jewish by nature. A lot of them came to the U.S. and opened up little, small businesses. But most of them were just working class people living in brick row homes.

That’s how my mother grew up.

My grandmother grew up with an alcoholic man of a husband, who died in a hotel fire that he started. True story.

My grandmother married Mire Winthrop, a very wealthy stock broker, and my grandmother became New York’s debutante, or at least she thought that way.

When my parents got divorced and my mother did not accept the proposal, my grandmother said to my mother:

“I’m going to send you back to Queens. You’re dead to me.”

My mother was the queen of ghosting, too. Whenever anybody did something wrong to her, she literally would ghost them, never speak to them ever again.

And I’ve learned that.

There’s no reason at all to give them empathy.

If somebody has screwed you over and they just don’t give a sh*t about you, and you can tell by their actions that it’s time to use the power of Grandma Frankie ghosting, then those are the people who are actually worth ghosting.

Not some idiot who didn’t text you back on a dating app, or somebody you went out with one time. The people you ghost are the people who have done some harm to you, mentally, emotionally, or physically.

Those are the ones that deserve to be ghosted.