Patti in the Press 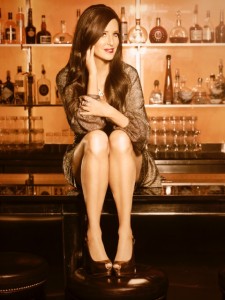 NEW YORK, NY — September 8, 2015 — The Millionaire Matchmaker, dating expert Patti Stanger has joined WE tv,home to some of the unscripted genre’s most popular series showcasing real people and real relationships, including “Braxton Family Values” and “Marriage Boot Camp Reality Stars.”  Ms. Stanger brings 30 years of relationship and dating expertise to WE tv as a television personality, author, blogger and the founder and CEO of Millionaire’s Club and PattiKnows.com.  This new union is a significant next step in solidifying WE tv’s standing as the premier destination for unscripted relationship programming.

Ms. Stanger will serve as the executive producer and producer on a new WE tv series to be announced soon and will executive produce a second project that she has developed and which WE tv will pilot later this year.

“Patti has built her brand and reputation on bringing people together and that’s exactly in line with the brand we’ve cultivated at WE tv,” said Marc Juris, WE tv’s president.  “She is the perfect personality to help us continue to solidify our place in the relationship and dating space, and it couldn’t come at a more exciting time as more viewers are engaging with our shows and personalities across platforms.  We are huge fans of Patti’s and we’re thrilled to welcome her into the WE tv family.”

“I am a HUGE fan of WE tv and of Marc Juris and Lauren Gellert*, and so excited to join a new home that fits with me creatively and personally,” said Ms. Stanger.  “WE tv is on the cutting edge of reality tv and we’re about to blow the roof off of relationship programming!”

Patti Stanger is the star and executive producer of “The Millionaire Matchmaker.”  An experienced third-generation matchmaker, Stanger founded her company, the Millionaire’s Club, in January 2000.  From the initial meeting through the marriage proposal, the Millionaire’s Club works with clients on an individual basis and coaches the particular member through each stage of the dating process by providing them with highly tailored feedback every step of the way.  Stanger and her highly trained staff personally match every member according to their exact preferences and requirements, and follow up with each one on a regular basis.  The club also works closely with leading psychologists, relationship counselors, date coaches, hypnotherapists and image consultants, as well as with a variety of top-notch personal trainers and hairstylists.  The Millionaire’s Club knows that chemistry is everything, which is why catering to its members’ precise standards remains its top priority.

Stanger has also successfully branched out into television acting with feature roles on “Drop Dead Diva” and “Days of Our Lives.”  Patti owns the website, PattiKnows.com, in which she features the latest advice on love, dating and relationships.  The site includes a special “celebrity guest columnist” section for fans to follow and get a sneak peek into the world of love.

Stanger’s Simon & Schuster books, “Become Your Own Matchmaker,” “Find Your Match,” “Seal the Deal” and “Raise your Desirability Factor” and DVD “Married in a Year,” and audio coaching programs “The Single Girls Handbook” and “Attracting a Soul Mate,” have a loyal, devoted following, and continue to brand Patti as the ultimate “matchmaking expert.”  She was a featured columnist on People.com and in Star Magazine.  Most recently, Patti created “P.S. Match” wines, which is available on wine.com and in specialty stores across the country.  Patti has a successful jewelry collection called Je’Taime, and you can hear Patti on her new podcast, “Patti Stanger’s The Love & Sex Report” on iTunes.