The Perils Of The Low Integrity Human 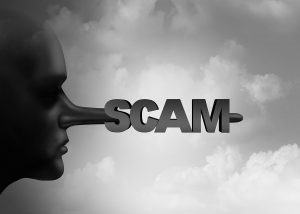 Somebody who will gain financial abundance or make money off of people by taking advantage of them.

What type of people fit into this mold?

Well, there’s the obvious. There’s the conmen and conwomen. There’s the people who will do stock scams, like The Wolf of Wall Street, they will scam old people and vulnerable people.

They’re the people who literally will scam people, knowing that they’re going out of business. I’ve known many gyms that have done that. They take memberships up to the last day and scam people.

I find these type of people the lowest form of human being around.

I find them repulsive.

And, they are some of the worst role models ever.

They always have reasonings behind all their scams.

Just a bank? Well, the reason why interest rates are so high on credit cards is because people rip off credit cards.

People rip the bank off, and somebody has to pay for it.

The people who go to a hospital with no health insurance for it. Go to a hospital, know they’re never going to pay the bill. They don’t really care about the doctor that stayed up all night working on them, saving their life, fixing them at all. The doctor will get paid, but it’s the hospital they’re ripping off.

They call it “the system.” They’re ripping off the system.

I see people like this all the time, and they’re just conmen and conwomen.

They’re not willing to work for their life, so they’d rather rip people off in their lives. They’d rather rip off people’s wives to get to them because it’s a lot easier than actually working, earning their way.

There are people who blame where they live as being too expensive. They say, “It’s too expensive, I can barely make it.”

So they blame instead of working. Instead of building a career, they’d rather just rip people off.
And then there’s another form of conmen and conwomen…

…the ex-husband and the ex-wife.

I coach a lot of divorced people, and I hear the same stories over and over again. The ex who thinks they deserve the money endlessly from their ex. For some reason or other, they think their ex is an ATM that they can consistently extort money out of and have no repercussions whatsoever.

Those types of people, to me, are the most disgusting human beings on the planet.

They’ll rationalize it in many ways.

They’ve always got a story that they deserve it, or story about they have it coming to them, or a story about how they helped them out.

They always have a story.

These type of conmen and conwomen always have a story.

They love their stories.

Every conman and conwoman that I’ve ever met has a story.

They’re always the victims in the story. They’re always just taking advantage of people, of the banks and hospitals and other people who can afford it.

They’ve always got some story that is the exact opposite of any story that anybody else portrayed usually is.

Their friends usually don’t respect them at all, but the friends don’t say a word to them because they know that the person is in perpetual victim mode and story mode.

And it just goes on and on and on.

Conmen and conwomen are running around all over the place.

No wonder people have trouble dating and trusting people again, because of all these charlatans who are out there.

There was a survey that I read recently that half the divorced people would never get married again because of what they went through with their previous marriage.

And you know, that is such a shame. It’s a shame how the low integrity human is ruining a great person for the next person.

Because your amazing person could be out there, right now, waiting for you.

But if the low-integrity conman or conwoman has hurt you badly enough, they’ve literally robbed you of ever meeting that amazing person.