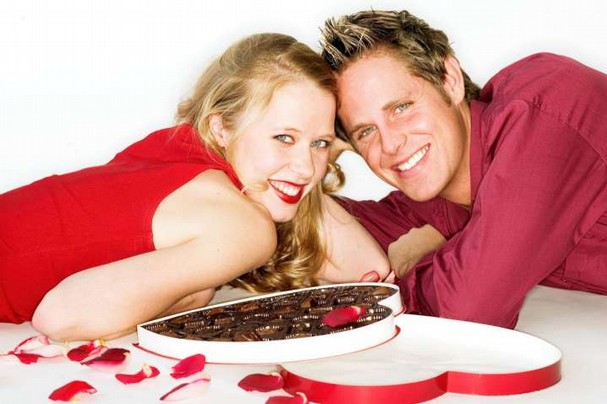 Valentine’s Day is just around the corner, people. And while I love that there’s an official day of the year to celebrate love, I also know this is basically International Couple Fight Day too. All of the expectation and build up can lead to a lot of hurt feelings and knock down, drag out fights. So, instead of waiting for the day to come with dreams of dozens of roses and fancy dinners and lavish gifts and then when it arrives, being disappointed that you got a box of drug store chocolate and a night of Netflix cuddling, why not let him know what would make you happy on Valentine’s Day? Here’s how.

I know it’s not what happens in romantic comedies, but those are just movies. Real life is a lot less romantic, even on the most romantic day of the year. So, just straight up talk to your man about what you want to happen on Valentine’s Day. It might take out a bit of the surprise out of the day, but it will also eliminate a lot of the hurt feelings and fighting. I think that’s a pretty fair trade!

Tell him what makes you feel loved

Don’t just talk to him about what you want on Valentine’s Day. The truth is that men are different from women, not just physically, but emotionally. They don’t understand exactly what you’re thinking and feeling because they don’t think and feel in the same way. So, just let him know what you need emotionally to feel love. Let’s just say you need him to ask about how your day was every day when you get home from work to feel like he cares. He didn’t realize you needed it before you said it, but after you told him, he does it all the time. Does that mean that he doesn’t want to know how your day was and is just doing it because you told him to? Not at all! It means that he wants you to feel loved by him and now he’s doing something to make you feel that way. It’s the same thing as him buying you flowers every single day. This isn’t just a tip for Valentine’s Day. You should be in constant communication with your boo about what makes you feel good, so he knows what’s expected of him. That way, Valentine’s Day won’t be as big of a deal for you because you’ll feel appreciated by him 365 days a year!

Ask him what he wants

Valentine’s Day is about love, which is a two way street. It’s not just the dude who has to do stuff for his lady on Valentine’s Day. You should make him feel special on February 14th too. Start by asking him what he’d like to happen on Valentine’s Day and that should open up a conversation about what you both want for V-Day as a couple.

What are your V-Day plans? Let me know in the comments below. Can’t wait to hear from you!