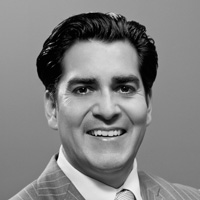 If you’ve ever felt that people judge others by how they look, there’s now scientific evidence to prove it.

Researchers at Georgetown University showed 170 people before OR after photos of 30 women who had undergone cosmetic procedures to enhance their face, eyes, brows, neck or chin. They then asked these people to rate the women based on certain traits, such as attractiveness, social skills, femininity or aggressiveness.

Unsurprisingly, they found that people gave higher ratings to women with facial rejuvenation and considered them more attractive, likeable and feminine looking.

Previous research has shown pretty much the thing. A 2013 study in the same journal indicated that a face or eye lift can make people look an average of three years younger. Another study suggested that face and neck lifts could shave nine years off a person’s appearance.

In my view, people benefit from plastic surgery in three ways: personally, professionally and socially. There’s science around the fact that when people feel better about themselves, they feel more positive and exude that energy—and others pick up on that. One 2013 study, for example, showed that patients who underwent plastic surgery enjoyed their lives more, were more satisfied and had higher self-esteem after surgery.

To be clear, I’m not saying that plastic surgery resolves every issue. But feeling better about the way you look helps you carry yourself with a little more confidence when you enter a room. Before you can act a certain way you have to feel it, but sometimes you need a little boost to achieve this positive mindset.

Fortunately, you can get this boost without going under the knife. Minimally-invasive procedures such as Ultherapy, SkinPen and ThermiRF™ tighten, firm and improve the appearance of your skin and face without long recovery times. Other procedures like CoolSculpting lead to significant fat reduction without the need for surgery. All these procedures enhance your appearance so that you feel better both inside and out. And as the study I mentioned earlier indicates, this in turn may affect the way other people view you. Personally, I think this has more to do with the positive aura people exude when they feel good, and not necessarily because they have fewer laugh lines or wrinkles around their eyes.

Of course, visual first impressions are important. As the saying goes, you never get a second chance to make a first impression, so I’m all for anything that helps people step into a room looking their best and feeling it, too.