Patti Stanger celebrated her birthday at Koi Restaurant in Hollywood tonight with a guest list that included 21 Jump Street's Richard Grieco, Real Housewives Alexis Bellino and Vicki Gunvalson and Haylie Duff, among others. In addition, the Millionaire Matchmaker powerhouse launched her personal website PattiKnows, revealed her new boyfriend David Krausse and expressed her desires to adopt a baby. The alt rock group, A Fine Frenzy, lead by singer Alison Sudol, performed a rousing rendition of Happy Birthday, along with four other songs, some from their new album, "Pine," set to come out in September. The cake By Charm City Cakes West was black and white decorated with signature Pattisms. Friends and celebrities partied into the night with lots of love. Get the full skinny on what she thought of her big bash and watch the interview after the jump!
Tweet

The Next Real Housewife to arrive is Alexis Bellino! 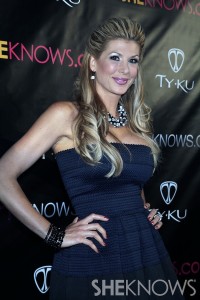 Guess the 405 wasn't too bad, because Alexis made the long drive up from the OC. Here she talks about her protective husband and repairing relationships with some of the other RHW's...
Tweet 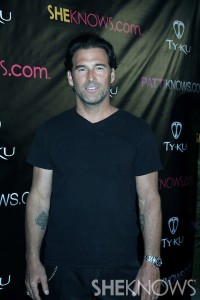 Steve Santagati wrote the book on being a bad boy. No, really. He wrote the New York Times best-seller The Manual... A True Bad Boy Explains and has appeared on everywhere from Oprah to Dr. Phil supplying his relationship advice. Stay tuned for an interview. Join the discussion about Patti Stanger's Birthday Bash on Twitter using #pattiknows.
Tweet 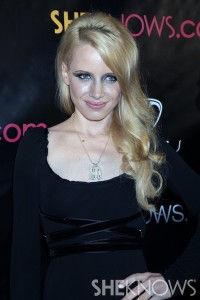 Tommy Hilfiger's niece walked the pink carpet at Patti Stanger's Birthday Bash and she is quite the blonde bombshell if you ask us. Aside from the title "Tommy's niece", she also puts efforts into a modeling career. (Photo credit: FayesVision/Wenn.com) What do you love most about her look? Join the conversation on Twitter with #PattiKnows.
Tweet

Patti to set up Lindsay Lohan?

Patty dishes about her O.C. man, season six of Millionaire Matchmaker and guess which millionairess is returning?
Tweet 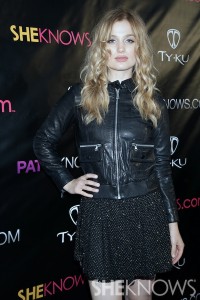 The crowd goes wild as Alison Sudol of A Fine Frenzy takes the stage in Hollywood at Koi Restaurant to perform for Patti Stanger at her swanky birthday bash. Singing four songs and their own personal rendition of "Happy Birthday," the band also performs from its new album, "Pines," set to come out in September. Patti is a personal fan of the altrock piano band, who planned to perform, "Almost Lover," one of Patti's favorite songs as a surprise. They're also playing "Now is the Start," "Avalanches" and "Red Bird Calling" to a rousing crowd of adoring fans as they celebrate Patti's birthday in style.
Tweet
1 2 3 … 5 Next »